As we round the final corner of summer, we want to look back longingly at all those times we got out, cast a line and caught ... nothing. Well perhaps then let's take this time to live vicariously and count our blessings.

Even those of us who cast a mental line, only to fail at catching metaphorical fish will be glad they never threw a bobber out in the first place.

The giant mudskipper is a species of mudskipper native to the tropical shores of the eastern Indian Ocean and the western Pacific Ocean where it occurs in marine, brackish and fresh waters. It is most frequently found along muddy shores in estuaries as well as in the tidal zones of rivers.

Here's a video of said fish in a battle royale.

The deepbody boarfish is a species of boarfish, the most widespread species in the family, found at depths of 50 to 900 m in the Atlantic, Indian and Pacific Oceans, though it usually is found at depths of 100 to 300 m. This species can reach a length of 30.5 cm, though most do not exceed 15 cm.

Frogfish, any of about 60 species of small marine fishes of the family Antennariidae, usually found in shallow, tropical waters. Frogfishes are robust, rather lumpy fishes with large mouths and, often, prickly skins. The largest species grow about 30 cm (12 inches) long.

Surgeonfish have a blade like spine in the tail that points outwards when bent, unicorns have two hook-like plates along the tail, these are used for defence and are as sharp as a surgeons scalpel, hence the name "Surgeonfish".

Hypnos monopterygius, also known as the coffin ray or Australian numbfish, is a species of electric ray endemic to Australia, where it is common in inshore waters shallower than 80 m. It is the sole member of its family Hypnidae. This small species typically reaches 40 cm in length.

Anthias are members of the family Serranidae and make up the subfamily Anthiinae. Anthias make up a sizeable portion of the population of pink, orange, and yellow reef fishes seen swarming in most coral reef photography and film

Bizarre Catfish That Resembles a Cow

A fisherman at Lake Eufaula in Oklahoma caught a unique catfish that looked like a Holstein cow. After posting photos of the bizarre specimen on a public Facebook group, he asked if anybody could identify it. One person quipped, “Not a catfish, it’s a cowfish.” 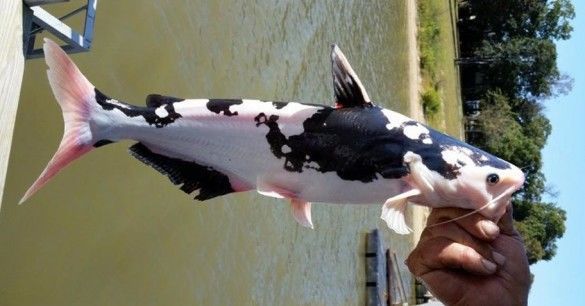 What is Now ID'd as a Ratfish

The spotted ratfish is a chimaera found in the north-eastern Pacific Ocean. Often seen by divers at night in the Pacific Northwest, this cartilaginous fish gets its characteristic name from a pointed rat-like tail. 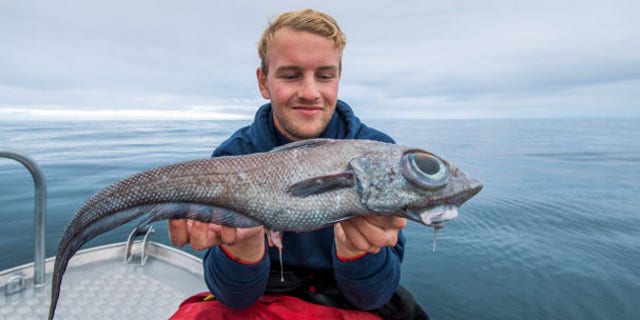