For some reason the changing of the seasons always has us longing for the quant New England towns, hiking through the Green or White mountains during the day, and huddled around a vast fire place in the evening.

This week we are visiting some of the oldest New England towns, and sharing a unique story about each of them. A Cape Cod ghost town disappeared for the usual reason coastal villages disappear: A hurricane blew it away.

Whitewash Village on Monomoy Island off Chatham was established in 1710 with a tavern for sailors. The town took its name from whitewashed rocks, traces of which people could still see in 1864.

The town grew to about 200 people, who fished in the deep natural harbor. They packed and dried cod and mackerel for markets in Boston and New York, and they sold lobster to mainlanders.

The town at its height had a school, for 16 students, cottages, storage sheds perfumed with fish oil and the Monomoy House, a lodging house and hotel.

Harper’s New Monthly Magazine  described Whitewash Village in 1864. “Around the light-house are two or three cottages, and still a mile beyond stands “Whitewash Village,” composed of the Monomoy House (a weather-beaten, barracky, amphibious structure, fishermen and coasters’ fitting-store on the first floor, lodging-house and excursionists’ inn on the second.”

Harpers called the Monomoy House ‘amphibious’ because the sea came part way up the front stairs during certain winter tides. “The inmates go a visiting in boats,” reported the magazine. Sometimes the boys had to wade to school, carrying the girls.

“In fact, the little territory dotted by Monomoy village is a battle-ground between sand on the one side, and wind and water on the other,” wrote Harper’s.

Sometime in the 19th century, Monomoy Village lost the battle to the wind and water.The only evidence of it that remains is Monomoy Lighthouse. 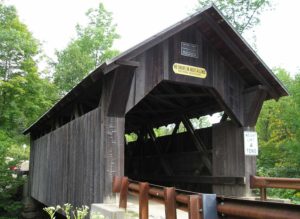 Some mysterious and conflicting reports shroud the story of Emily’s death at the Gold Brook covered bridge in Stowe, Vermont. What isn’t disputed is that years ago, a girl named Emily lost her life at that site, after a jilted heart drove her to suicide. There’s nothing like a fall drive in Vermont, but avoid Emily’s Bridge if you’re taking that new hot rod out for a spin. There have been many reports of unexplained scratches and gouges in vehicles after a pass through the bridge — not to mention the poundings, footsteps, and wails that are commonplace at the site. This New England ghost story is one of the most famous in the state, and the hauntings continue to this day.

A Curse in Connecticut: The Village of Dudleytown 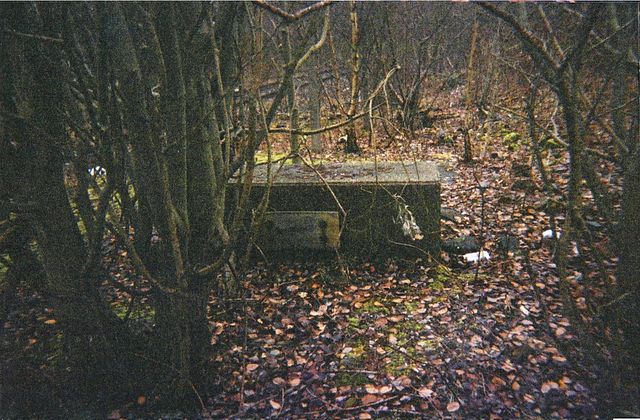 Dudleytown was founded in the mid-18th century by the Dudleys, an English family that came to the Americas and built a prosperous community. However, stories of freak accidents, short lives, and evil luck in the town prompted speculation. Were the Dudleys a cursed family? Was it the town itself that was cursed? Eventually, around the turn of the 20th century, the last dwindling residents gave up and left Dudleytown forever. Slowly, the forest swallowed the ghost town.

Now on private property (and heavily patrolled), you can only gain access with express permission. Those who’ve had such a privilege describe an eerie silence, with no birds or squirrels to be seen, and odd experiences from the fairly mundane to outright paranormal (Orbs? Ghosts? Accidents? Oh my!). 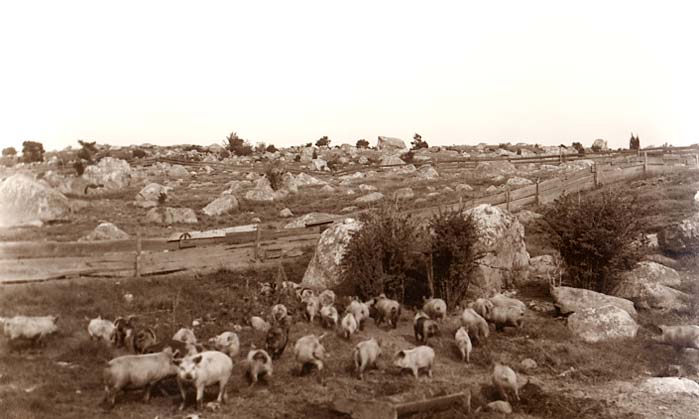 Once a somewhat prosperous inland settlement on Cape Ann in the 1600s, with nearly 100 families and plenty of pasture, the tides of war were not kind to this village north of Gloucester. First, the Revolutionary War brought a new economic boom around fishing and other marine industries, sending people past the village and to coastal Gloucester. Then, the War of 1812 took the rest of the farmers still living there, creating a perfect place for pirates and other unsavory types to hide out away from the busier cities like Rockport. After the war, the village’s seedy reputation stuck.

At one point, it was reportedly inhabited by witches, including Thomazine “Tammy” Younger, known as the “Queen of the Witches,” who would stand in the road and intimidate travelers as they passed by. Eventually even the unsavory residents moved elsewhere — often leaving their pets behind to turn feral, hence the name “Dogtown” — and the last buildings were demolished in 1845. Now, the area is a public trust and open to hikers — just keep an eye out for the numerous cellar holes that still dot the land, as well as the 36 boulder carvings commissioned by Roger Babson sporting such ominous phrases as, “When work stops, values decay.”

The Lady in Black

The story begins during the Civil War, around 1861, when a young Confederate soldier was captured and imprisoned at Fort Warren on George’s Island in Boston. When no one would help the man’s young wife get in touch with her husband, she decided to rescue him herself.

“Her name has been bandied around a lot, but most people say her name was Melanie Lanier,” he said.

The legend is that she took the train up to Massachusetts, where she is said to have stayed overnight in Hull with the island fort visible from the shore. The next day she is said to have dressed herself in men’s clothing, caught a boat across to the harbor island, and found her way into the fort.

“Although she was apparently able to free her husband from the cell during the escape attempt, they were caught,” Rondina said. “She attempted to shoot a soldier who was trying to intercept them and instead the gun misfired and she killed her own husband.”

As Snow tells it, the soldier and his wife had planned to take over the fort, rather than escape. And when they were discovered, in the ensuing fight, her husband was fatally wounded.

It was discovered she was a woman, and she was told she would be executed as a spy.

According to Snow, as her last request, she asked that she be given a lady’s dress to wear. She was executed by hanging, and, seven weeks later, soldiers saw in the freshly fallen snow the imprint of “a lady’s slipper” across the grounds. The imprint led to nowhere.

In another version of the tale, Rondina said, when the soldiers discovered she was a woman, they didn’t have any clothing for a lady so they dressed her in a black cloak before she was executed.

The legend, he said, is that her ghost — complete with a great, black cloak — returns at all hours to haunt the fort, particularly anyone wearing a soldier’s uniform.

“They say specifically that her ghost still haunts the fortress and that unlike most ghost stories that she is said to be a very violent ghost,” Rondina said. “They say that when she’s been spotted that she actually lashes out, that people experience scratches and cuts and being pushed, that she’s both an angry and violent ghost.”

Snow’s version of the tale is the one park rangers at the fort share informally with interested visitors.

“A very important part of our interpretation of this story is informing the visitors of its falsehood,” ranger Kim Weglarz said in a statement. “Despite this, we have many visitors eager to hear it.”