While many people may get their fix of autumn from pumpkin spice lattes, many others seek out the leaves slowing losing pigment and changing colors. While we are all limited in our travel plans, these are some of the best places in the world to experience the foliage via a walk, hike or drive.

Some of them are not even that far from NYC (@Vermont! 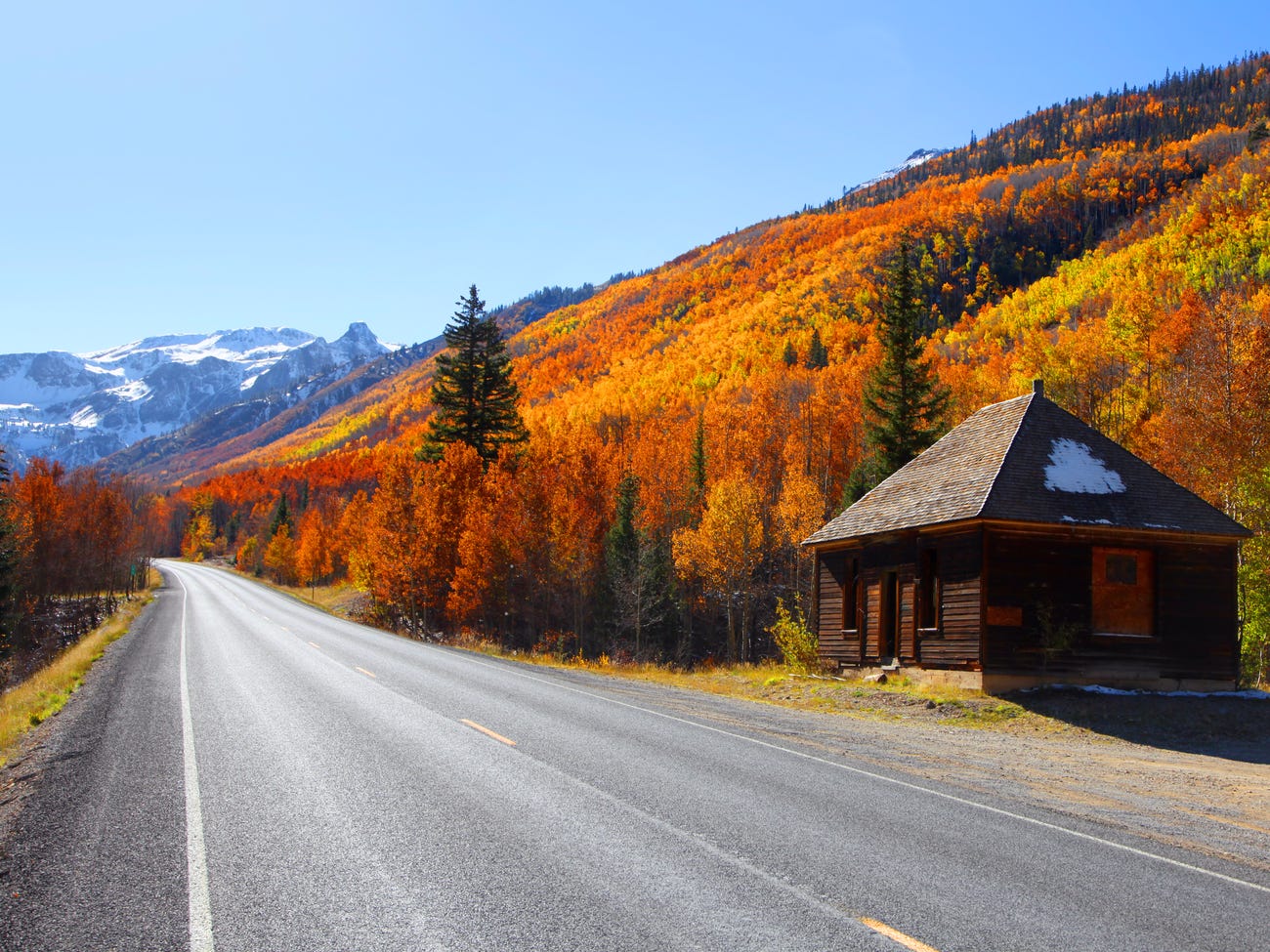 Colorado's fall is so incredible it even has its own name: Indian summer. The aspen trees that line this route are a fiery red, orange, and yellow this time of year. 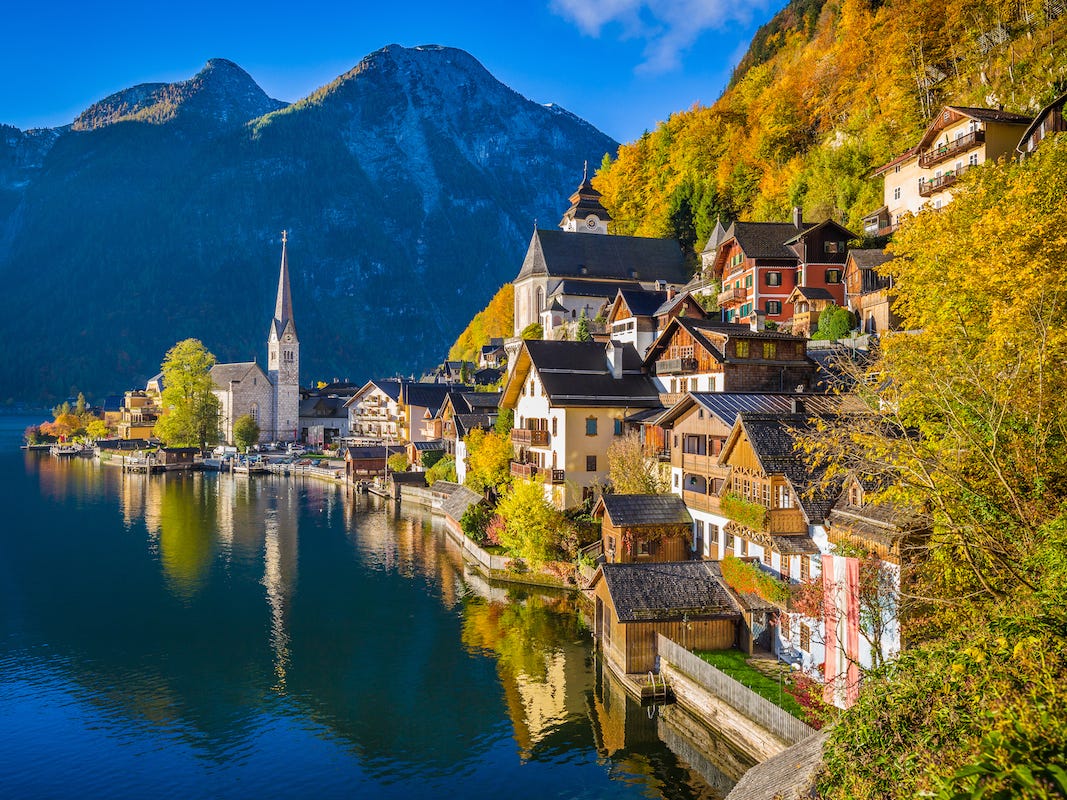 The panoramic views of the Austrian Alps, crystal clear waters, and stunning fall colors are unrivaled. 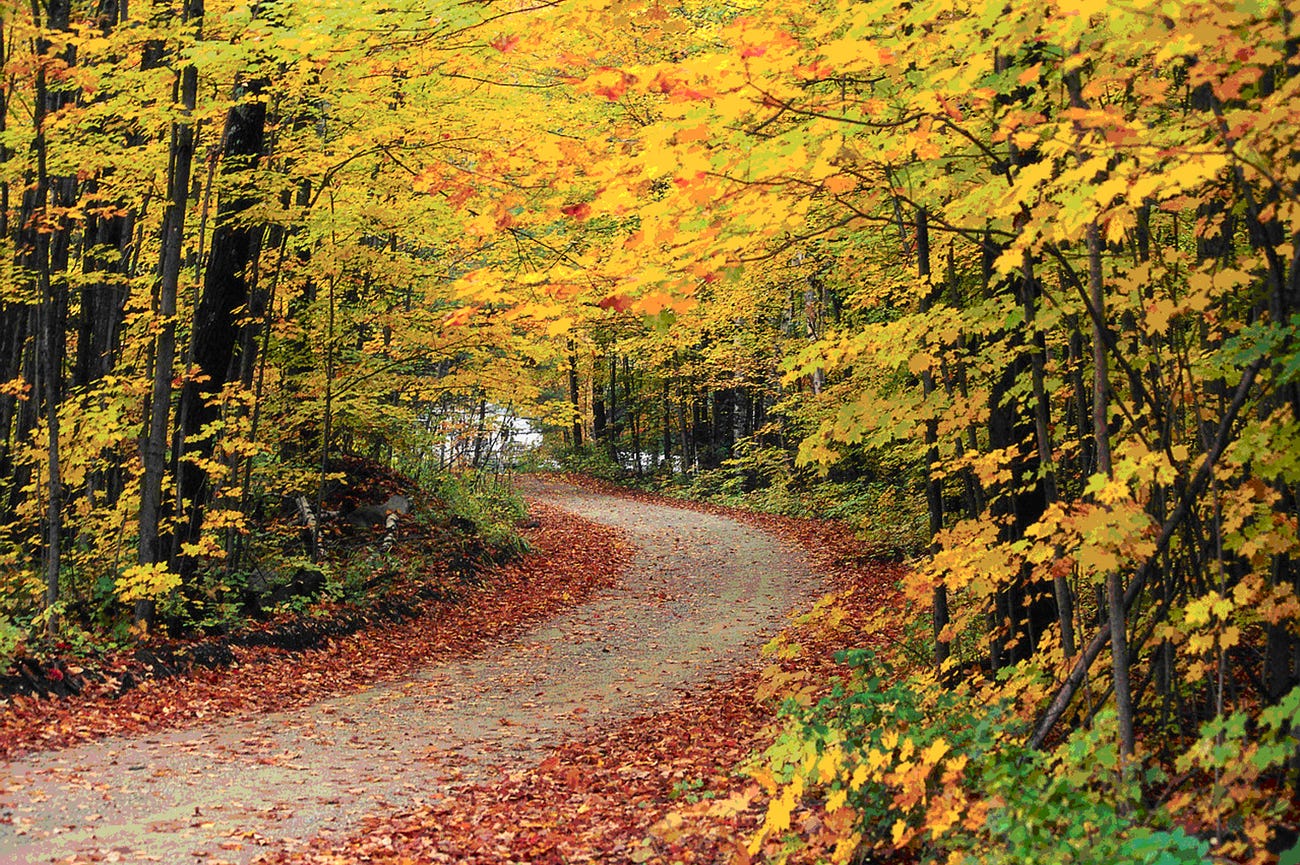 Vermont is the holy grail of autumn colors in the east as it is almost 80% forest. In fact, local newspapers even track the foliage. This 220-mile route dissects almost the entire state, meandering across sloping mountains, dipping valleys, green pastures, farmlands and forests, all ablaze in shades of yellow, orange, and red. 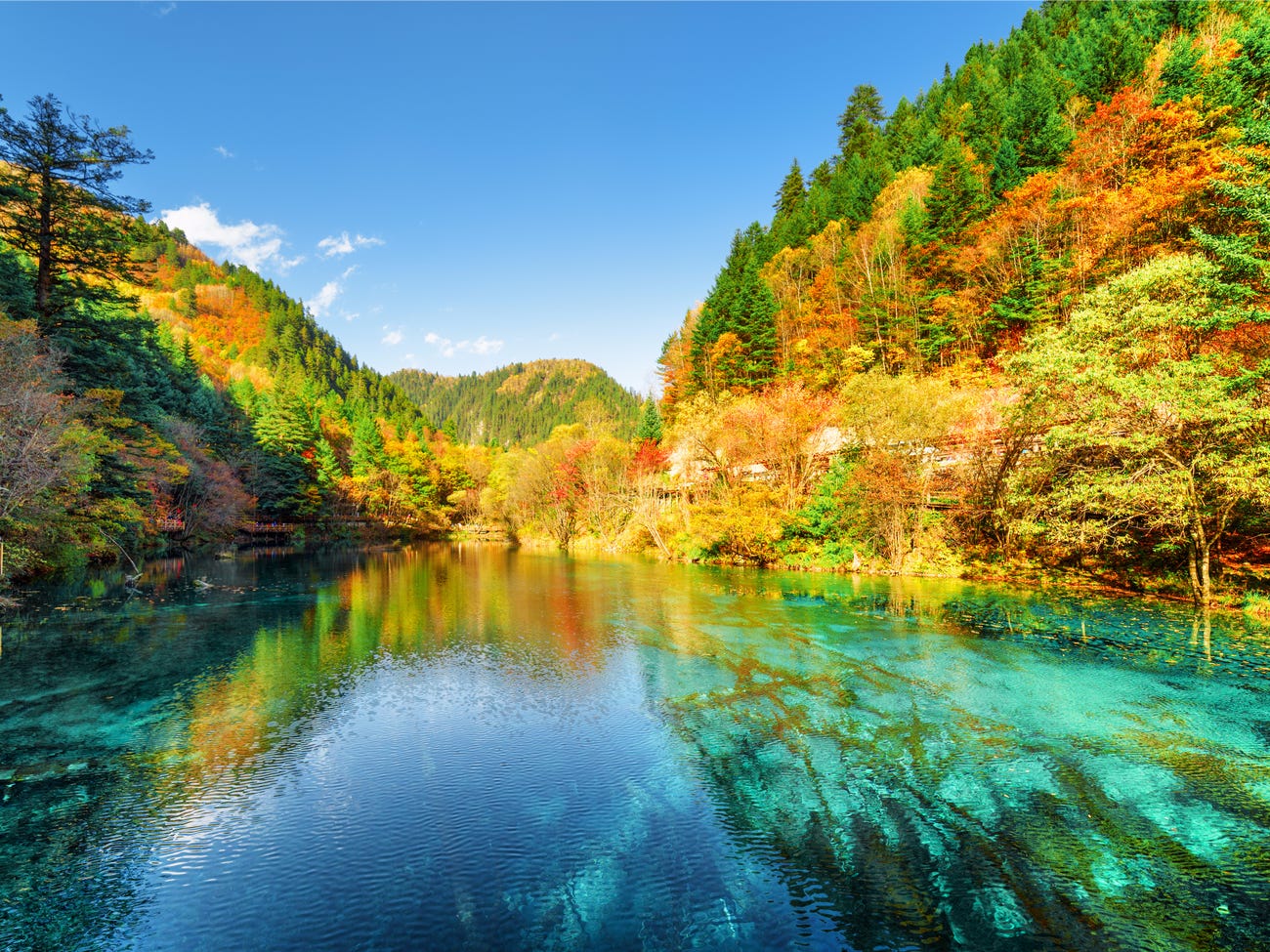 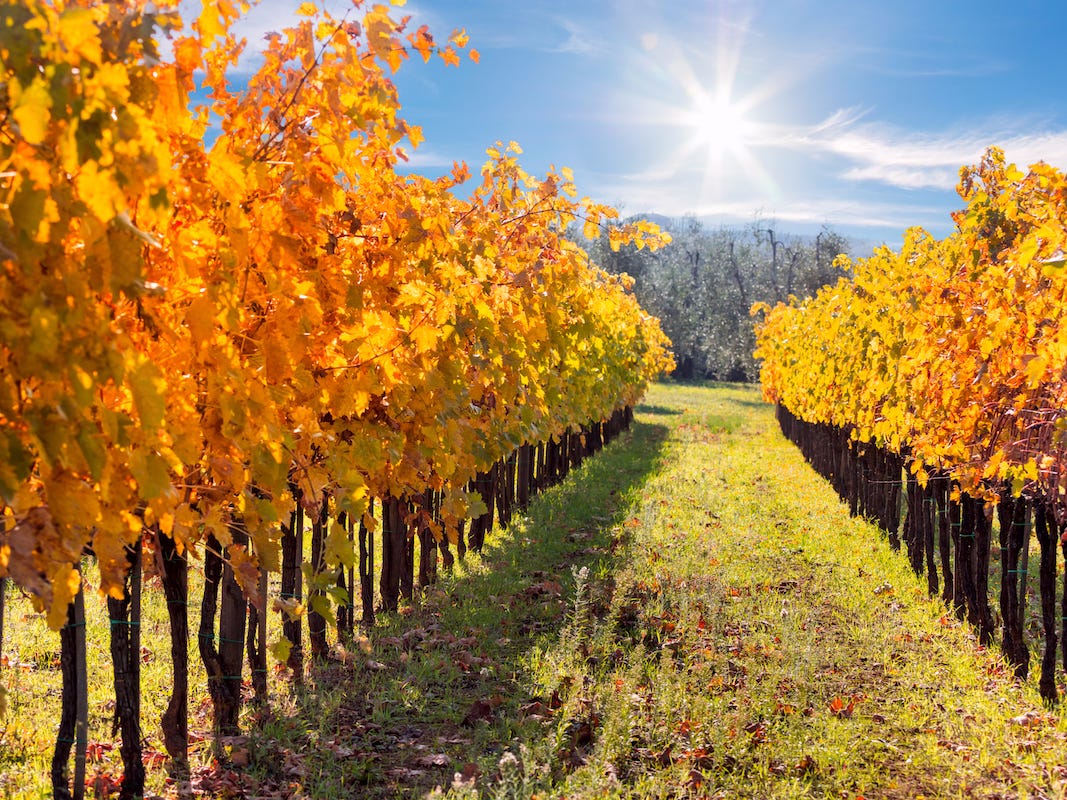 Famous for its Renaissance art and architecture, olive groves, and vineyards, the Tuscany region of Italy is also home to stunning fall colors. 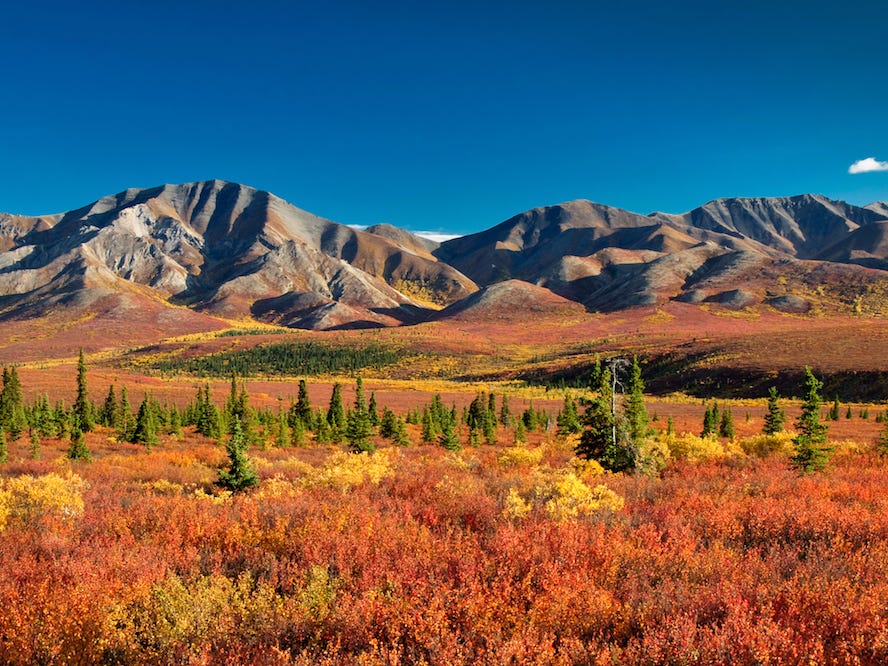 Visitors can quite literally view six million acres of fall foliage at this national park, which has tons of birch and aspen trees bursting with yellow. 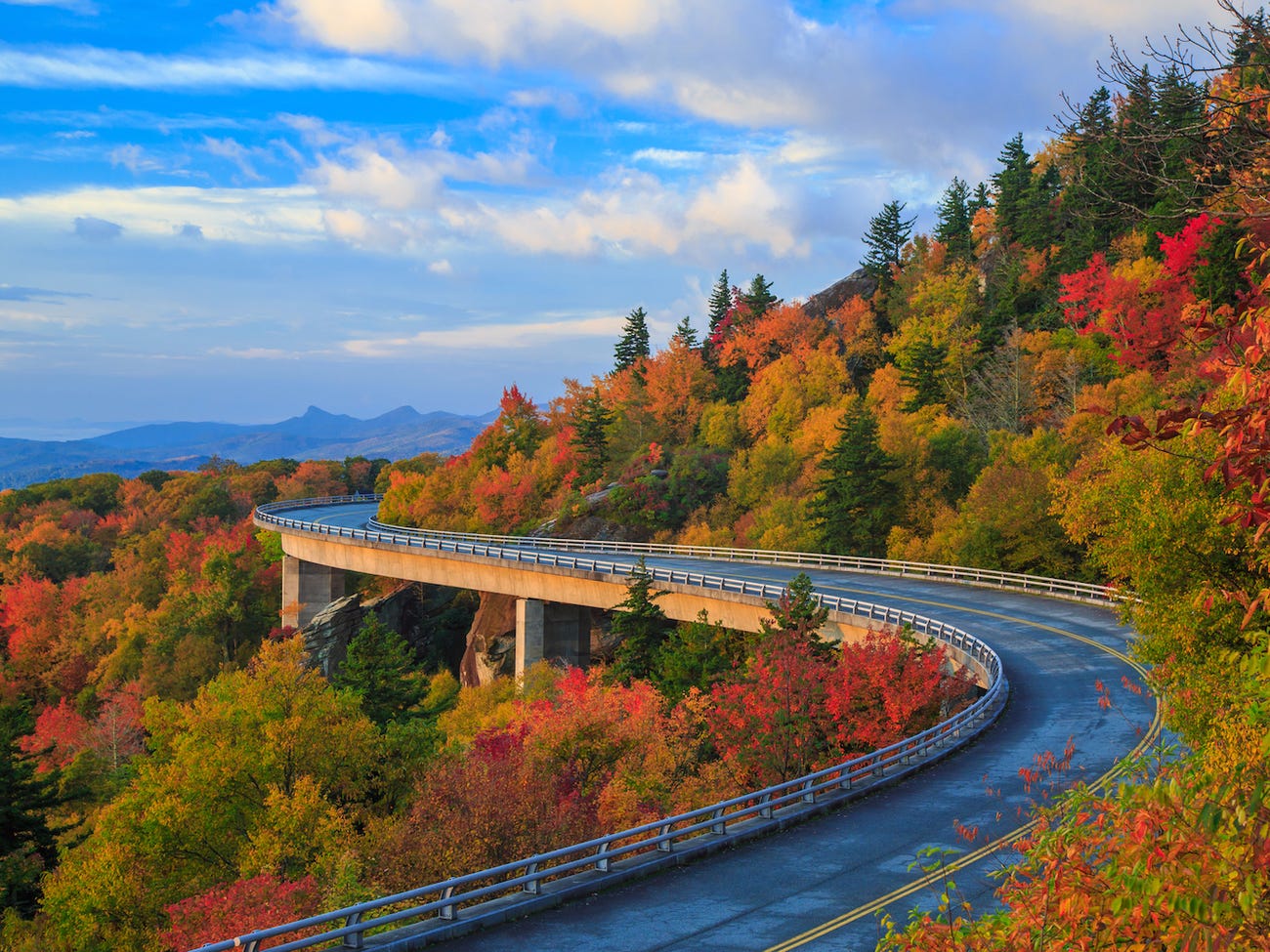 While beautiful year-round, this is a fall foliage fave (for its epic dogwood, sourwood, sassafras and poplar), and might get packed during the autumn months. The 470-mile parkway goes from North Carolina's Great Smoky Mountain National Park to Shenandoah National Park and Virginia's Skyline Drive, passing through dozens of beautiful hardwood forests, Appalachian mountain towns, pristine lakes, pastoral highlands and hot spots like Asheville. 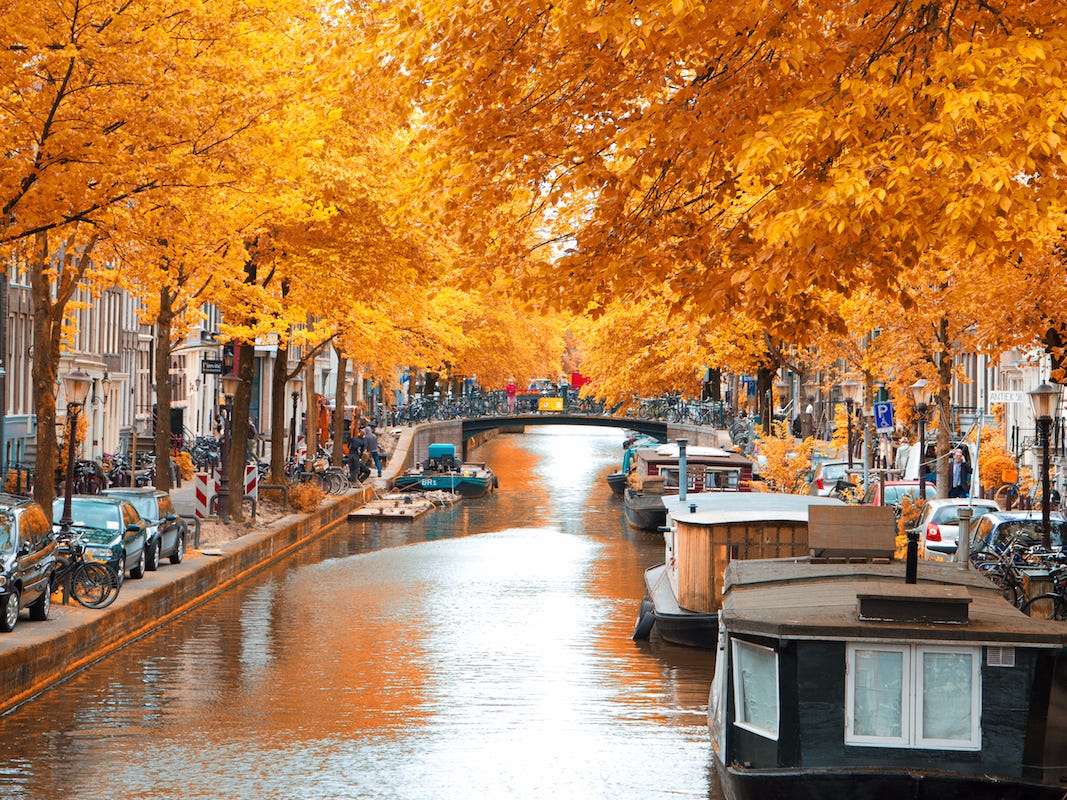 Whether it's taking a bike tour through the city or exploring the many canals from the water, Amsterdam's bright yellow fall foliage is so breathtaking you won't even care that it only has around nine hours of daylight during the fall. 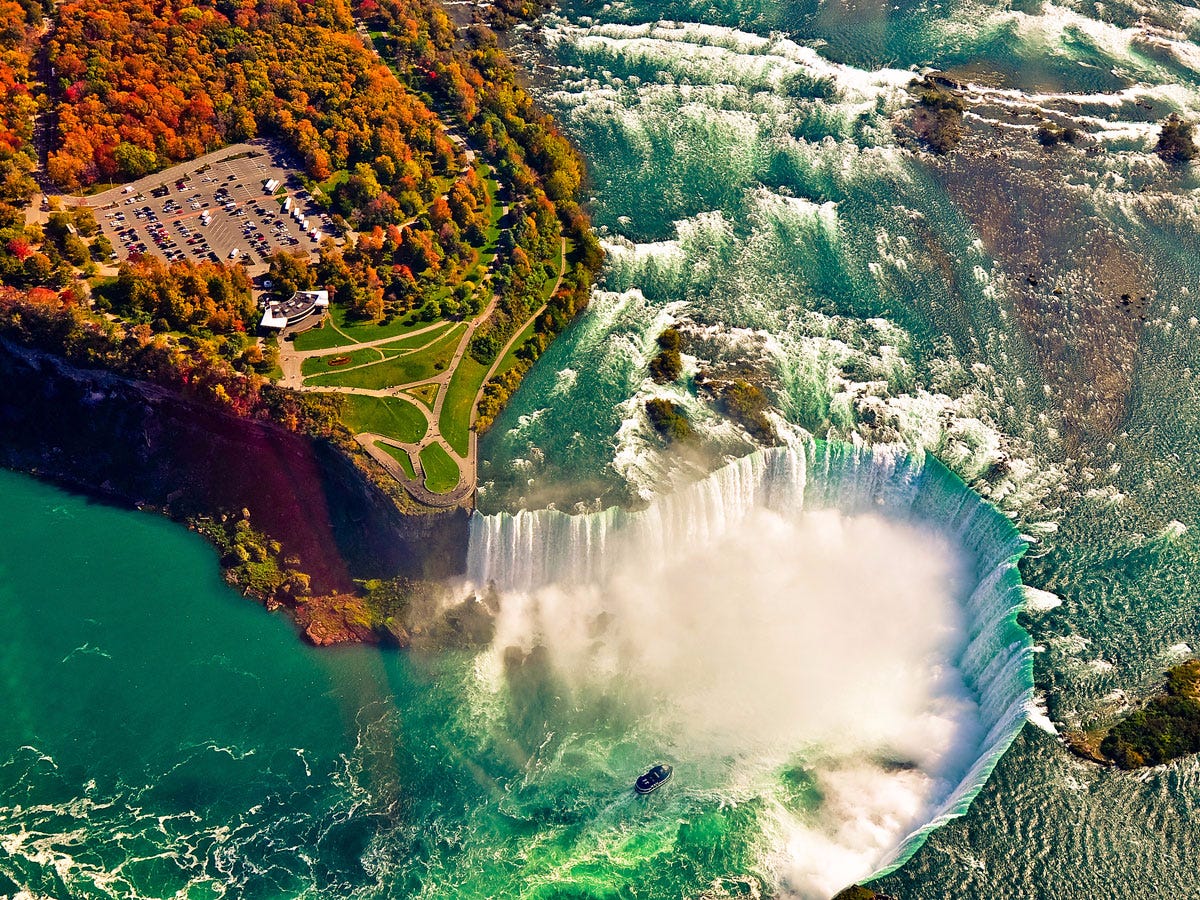 Made up of three massive waterfalls, 3,160 tons of water flows over Niagara Falls every second, making it one of the most dazzling waterfalls in the world. The blue water's contrast to the red and orange trees is a sight to behold. 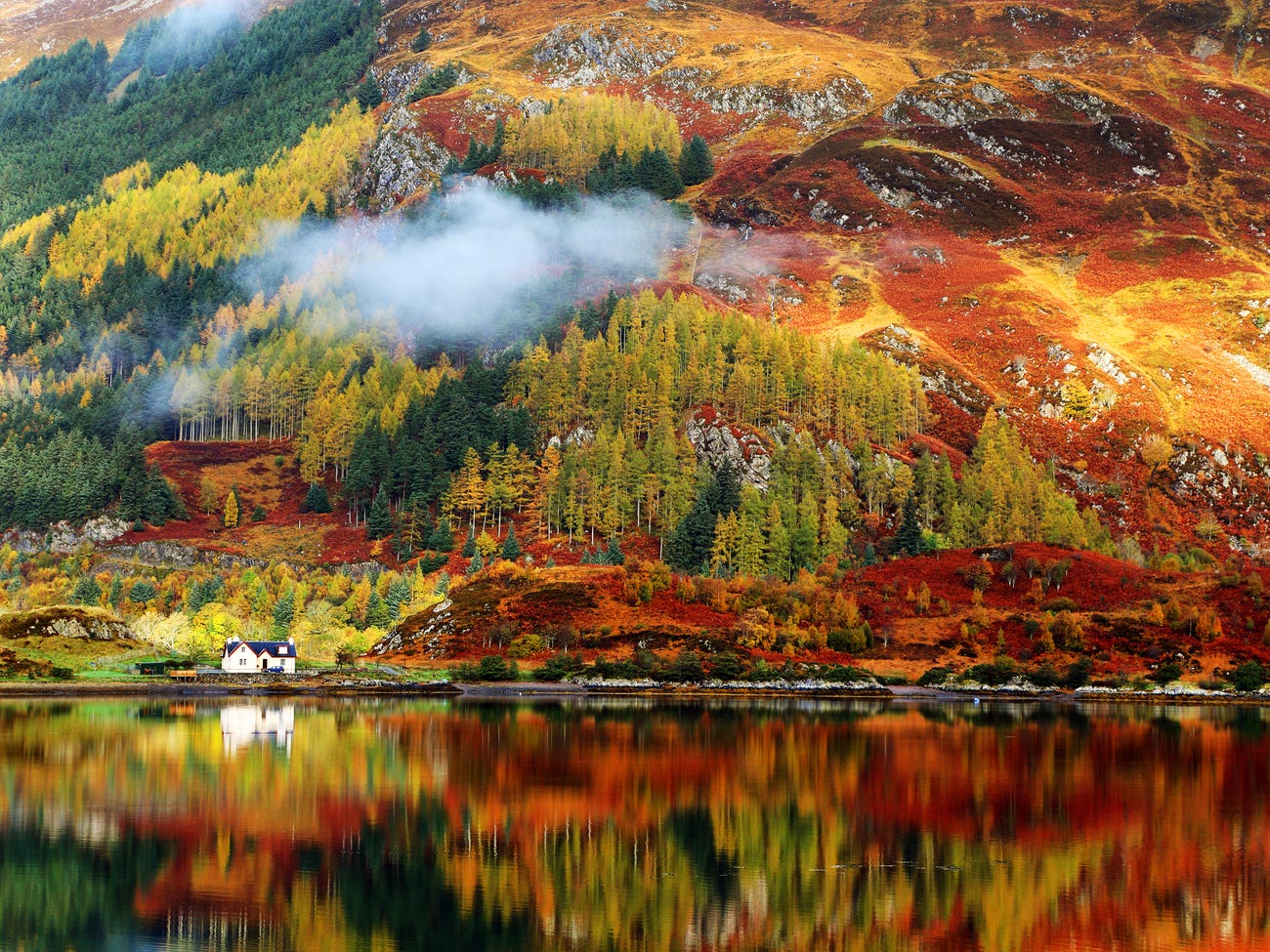 The Scottish Highlands offer some of Scotland’s most stunning scenery, and are even more breathtaking in the fall. Fall is also the best time to spot wildlife such as red deer, grey seals, barnacle geese, and swans.