We were recently watching a documentary about all the hiking throughout the world, and while this point wasn't new, it still remains interesting: Mt. Washington, sitting at solely 6,288 feet, has the highest recorded wind speed in the world. Granted the recorded aspect is one to take note of—but still, this got us thinking: surely there are some disparate places that have some insane climates that are not in the Himalayas. 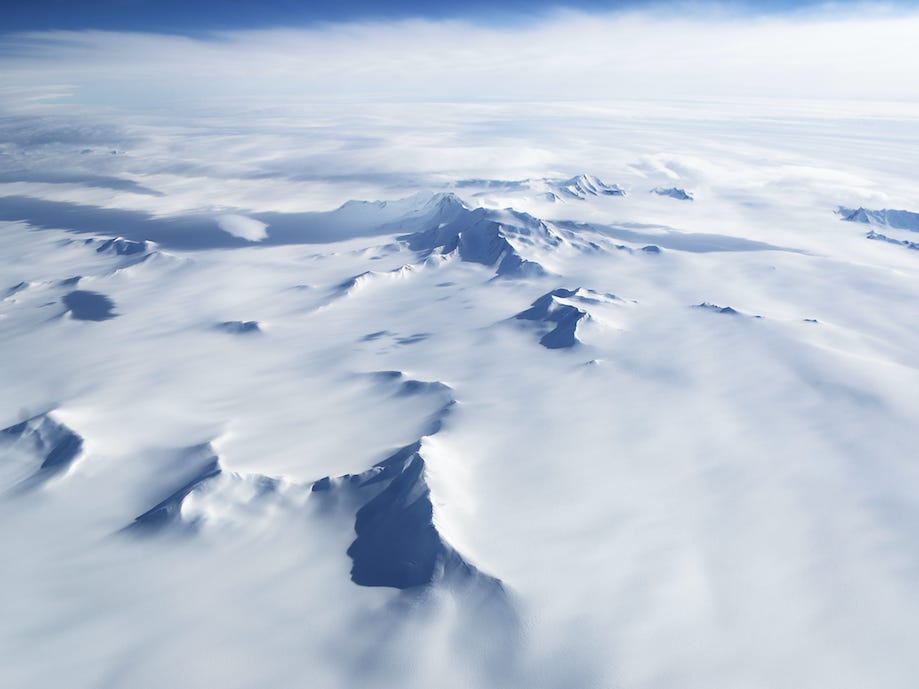 Vostok, the old Soviet Union research station located in Eastern Antarctica, recorded an incredible temperature of minus 128.6 degrees Fahrenheit (minus 89.2 degrees Celsius) on July 21, 1983, according to the World Meteorological Organization (WMO).

It is the coldest temperature ever recorded by a weather station. 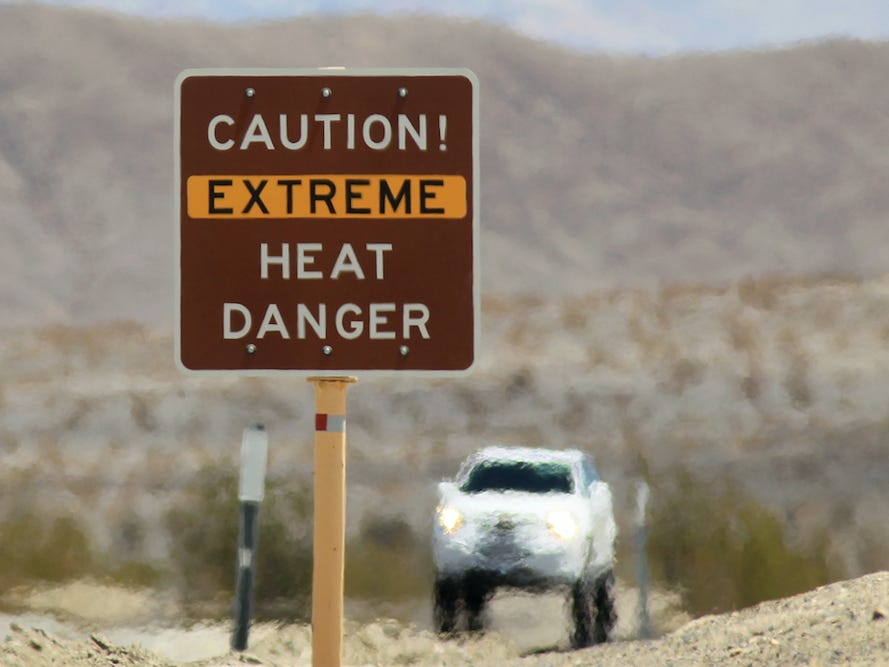 The highest temperature ever recorded by a weather station is 134.1 degrees Fahrenheit (54 degrees Celsius). This was measured on June 30, 2013, in Death Valley, California.

However, the hottest ground surface temperature ever measured was not in Death Valley, but in the Dascht-e Lut desert in Iran. A NASA satellite measured an unbearable 159.26 degrees Fahrenheit (70.7 degrees Celsius) there in 2005.  It is meant to be so hot that migrating birds regularly die and fall from the sky due to the unbearable heat. 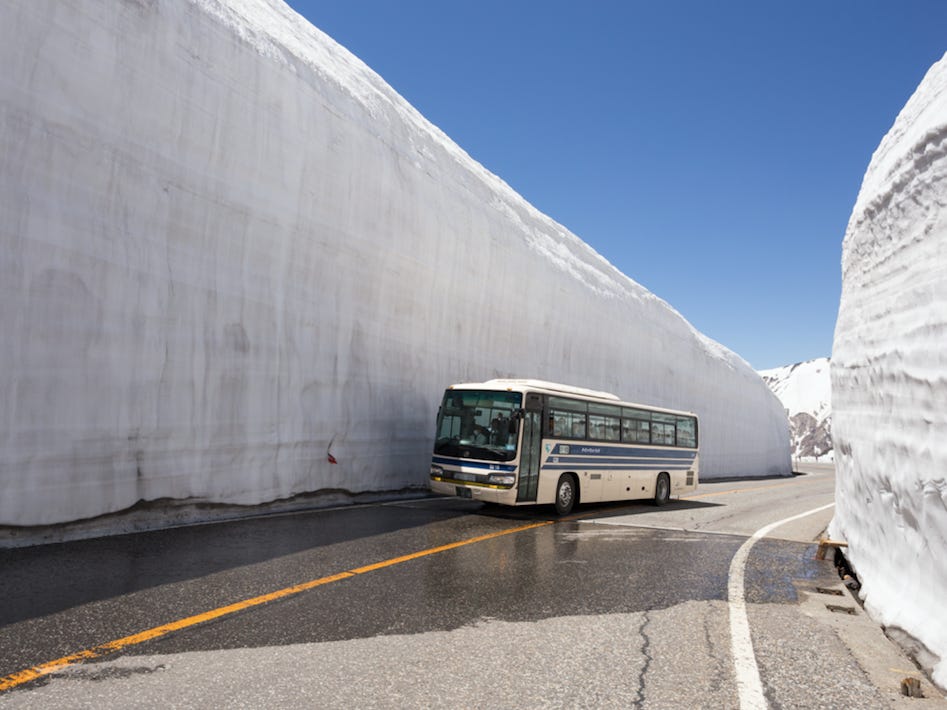 Since the World Meteorological Organization does not have any "snow" records, it's a bit more difficult to locate the place with the most snowfall in the world.

But Japan, as a country, takes the lead, as it snows most often there. In the small mountain village of Takakura, northwest of Tokyo, snow depths are 37.8 feet (11.5 meters). Every year, Aomori City in northern Japan experiences an average annual snowfall of 312 inches (792.5 centimeters), the majority of which falls between November and April.

The Kīlauea Volcano in Hawaii—Most Active One in the World 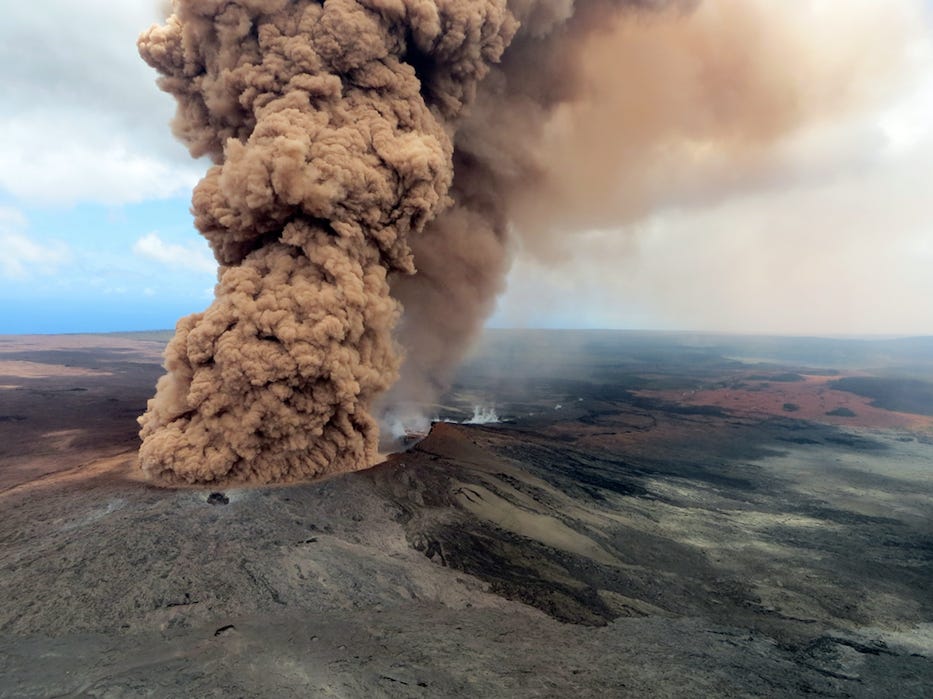 Numerous volcanoes on the planet are active, but the Kīlauea on Hawaii is considered the most active volcano on Earth.

The volcano has been erupting nearly constantly from spouts since 1983, making it one of the most long-lived eruptions we know of.

Commonwealth Bay in Antarctica has had winds up to 150 mph, making it the windiest place on Earth. (Not Mt. Washington!?) 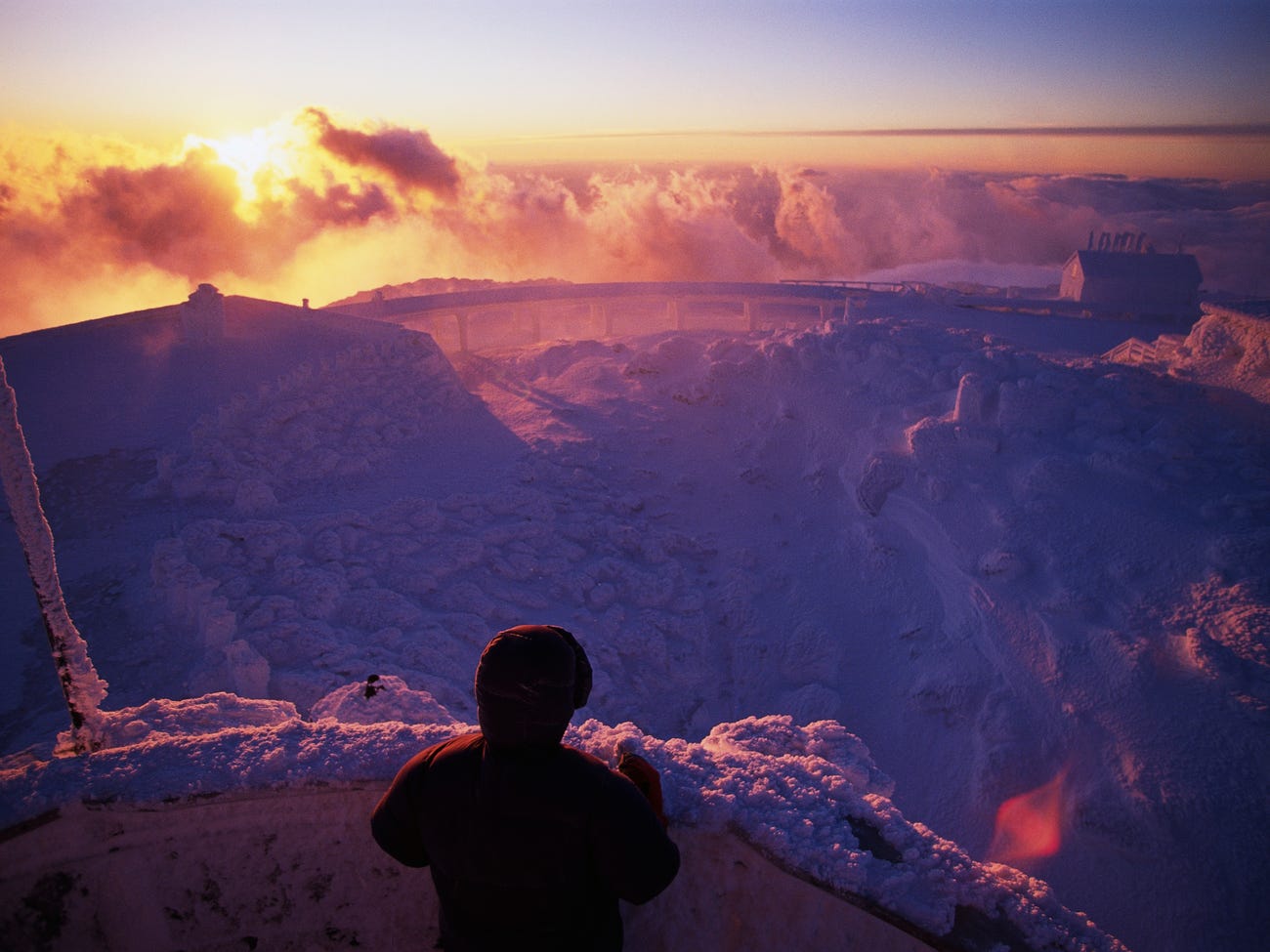 Commonwealth Bay in Antarctica is officially the windiest place on earth, according to the Guinness Book of World Records and National Geographic Atlas.

For a long time, Mount Washington was considered the windiest place in the world—though it still holds the record for the highest wind speed. 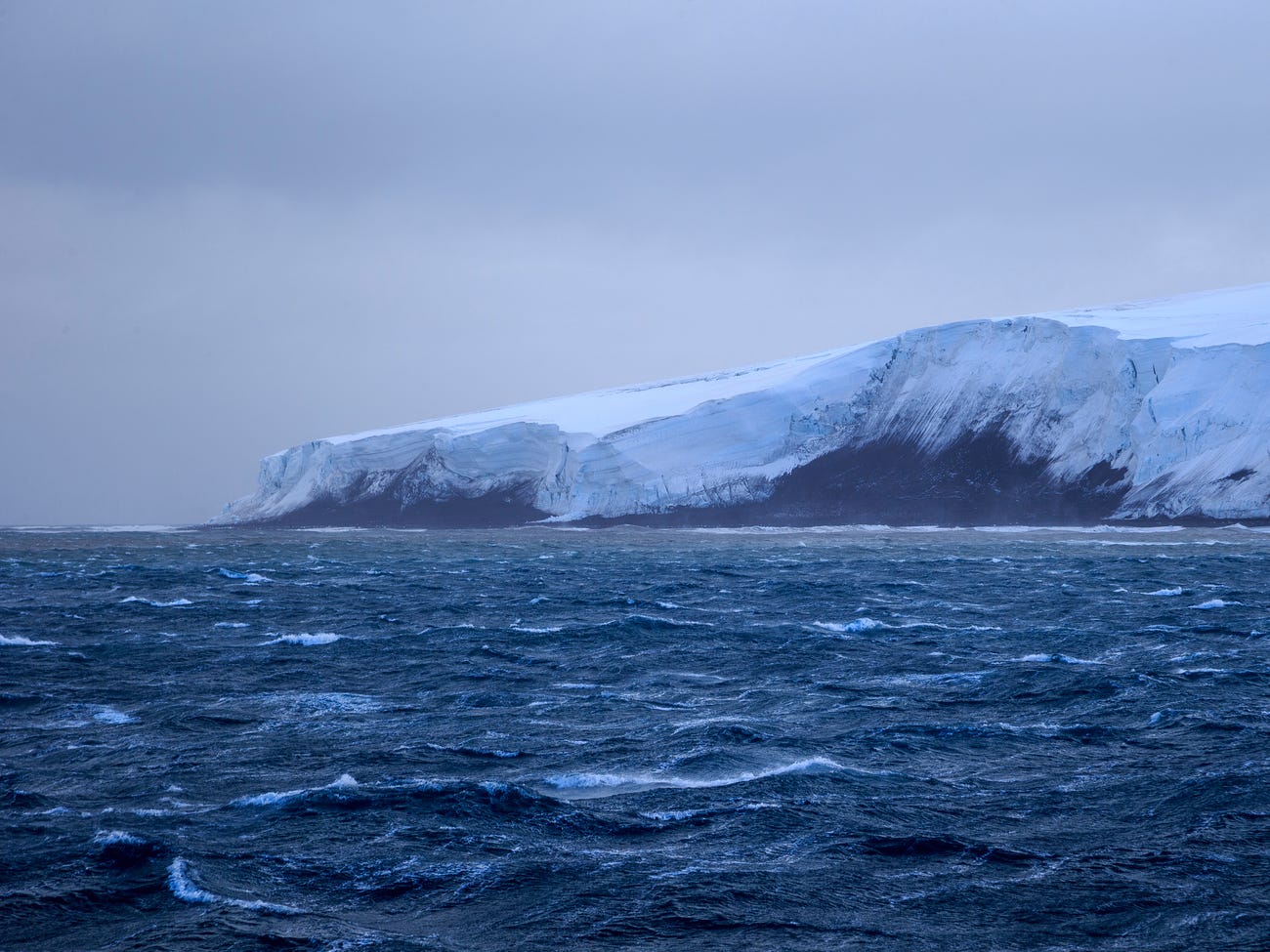 The island, which is uninhabitable, was first spotted on January 1, 1739. Now, Bouvet Island is the most remote island in the world.

The island in the South Atlantic belongs to Norway. The next closest land point to it is Queen Maud Land in Antarctica, which is 720 miles (1,160 kilometers) away.

There is no bigger tourist hotspot than the Aloha State. Hawaii is renowned for its sunny skies and impeccable beaches. Although the lush greenery is something to behold, Hawaii maintains this beautiful landscape through the necessity of great rains. Not all parts of Hawaii enjoy constant beach weather.

The island of Kauai is definitely the exception to the sunny skies rule. The island's Mt. Wai'ale'ale is known to be the rainiest place on the planet, with around 350 rainy days every single year, leaving little time for fun in the sun. Kauai has between 15 and 24 rainy days per month, but the mountain accumulates the majority of it.

Visit between December and February for fewer rainy days, and savor all of the natural delights the island has to offer. Admire the greenery, rent a kayak, or visit the numerous waterfalls - just don't forget to bring a poncho for everyone in your party. The chances of the skies opening up are high on this vacation.

One of the most common opinions on the state of Alaska is that it is dark, cold, and overwhelmingly dreary. Despite the bitter cold, Alaska is the perfect location for nature-lovers who want to take in the most miraculous sights the environment has to offer.

The city of Barrow is approximately 300 miles north of the Arctic Circle, making it a less popular destination compared to areas such as Glacier Bay. Nonetheless, Barrow's isolation means it provides some of the best views of the Northern Lights. With around 4,000 residents, the area is freezing and desolate, with people living in total darkness between November and January.

These light-less months are the ideal time to visit and view the Northern Lights, but be prepared for excruciating cold. Temperatures usually fall below -20 degrees Fahrenheit - making it important to bundle up before you go anywhere. Never underestimate the Alaskan winter! 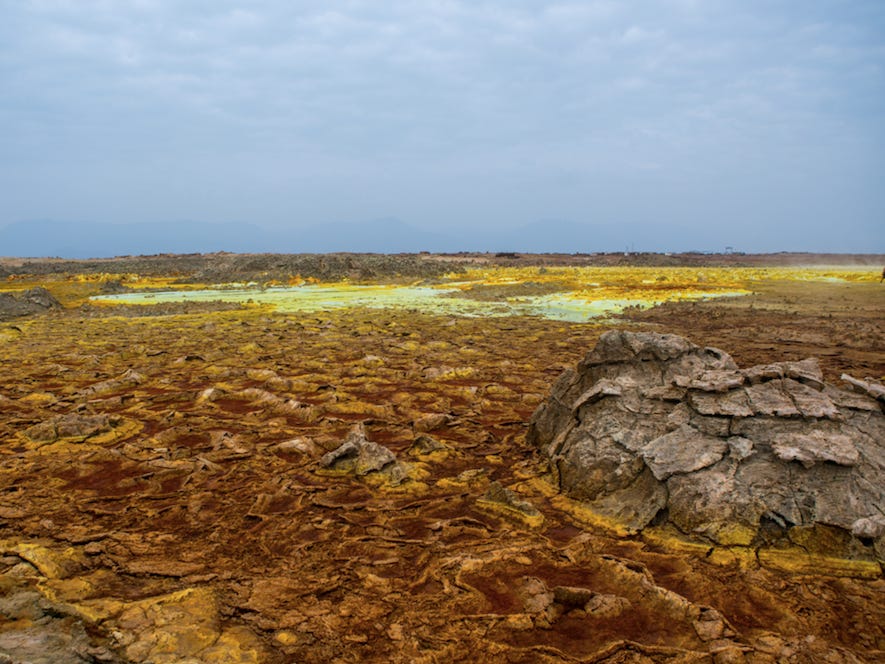 The Danakil Depression looks like it could be Mars. Its yellow and orange landscape is a cauldron of burning salt, volcanic rock, and sulfuric acid.

The springs around the Dallol volcano, one of the numerous volcanoes inside the Depression, have hydrothermal properties that are not only toxic but also unsuitable for life.

A recent study by biologists from the University of Paris-Sud, who examined samples from these pools for traces of life, revealed that there are no DNA concentrations in the sources that would speak for original life. This makes the Danakil Depression one of the most inhospitable places on earth.

The Best Places in the World for Fall Foliage

Some Old New England Towns and Their Stories